Two Cars in Every Garage and Three Eyes on Every Fish

Bart catches a three-eyed fish in a river downstream of the Nuclear Power Plant. This causes the plant to become inspected, and in order to prevent it from being shut down, Mr. Burns decides to run for governor. After a hard campaign which sees Burns rise from being universally despised to running neck and neck with popular incumbent Mary Bailey, it is decided that Burns will have dinner with a random employee the night before the election. Homer is chosen, much to Marge’s chagrin. 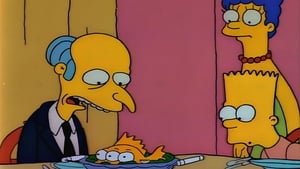 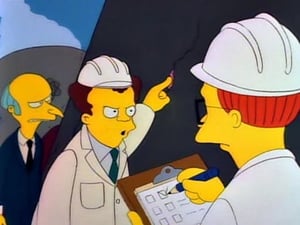