Bart gets a magic set and with it he and Homer try street performing to make money. When it doesn’t work out, Homer leaves Bart on his own, fending for himself. Being abandoned by his father makes Bart into a charity case and people just start giving Bart money. So Bart and Homer start working this angle and then get some advice from the man who wrote the book on grifting, Grampa Simpson. When they get busted pulling a scam, they manage to scam their way out of the situation; but Groundskeeper Willy may wind taking the fall, unless Homer or Bart confesses their guilt. 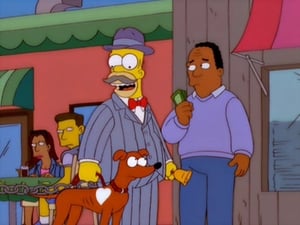