After Charlie Collins accidentally curses at the Joker on the road for bumping him, the Clown Prince of Crime corners him and intimidates him into doing him a “small favor”. Two years pass, and the Joker finally decides how to use Charlie: to sneak a bomb into Gotham University, where Commissioner Gordon is to give a speech at an award ceremony. Charlie, who merely has to open the door, is skeptical at first, but for the sake of his family, he reluctantly decides to obey. But is the Joker really the type to let someone who insulted him live? 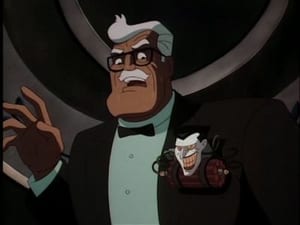