Bruce Wayne is released from prison on bail. Hagen, as it turns out, survived the murder attempt on him, but at a high cost: the formula entered is body and soaked every single one of his cells, mutating him into a shape-shifting mutant. With his newfound powers, Hagen, now calling himself Clayface, decides to take his revenge on Daggett and his men. Can Batman bring Daggett to justice and stop Clayface before innocent people are hurt? 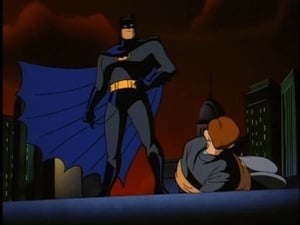