Harvey Dent, campaigning for a re-election, vows to rid Gotham of Rupert Thorne’s crime and corruption. The tables turn when Thorne gets a hold of Dent’s psychological records and discovers his alternate personality: the violent Big Bad Harv. Thorne attempts to blackmail Dent with this, and the following fight in Thorne’s chemical plant hideout results in an explosion that scars the left side of Dent’s body, despite Batman’s attempts to save him. 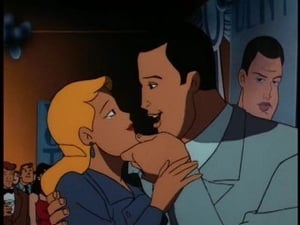