Several rich industrialists are invited to the Eternal Youth Health Spa, and that’s where they are last seen before disappearing. The only connection: they had something to do with the death of plants. Bruce Wayne also receives an invitation (although it was one of his greedy directors who nearly made the deal to destroy a rainforest before Bruce forced him to shut the operation down), but Alfred and his “lady friend”, Maggie, go in his place. When they don’t return, Batman is forced to investigate, discovering that the spa is run by Poison Ivy, and that she has been using a formula to turn the industrialists into humanoid trees, including Alfred and Maggie. 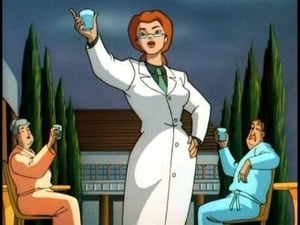