Mayor Hamilton Hill’s miserable son, Jordan, becomes even sadder when his father uses his birthday party as a political gathering, and ends up stowing away in the truck of the circus performer hired by Hill for the party, whom he doesn’t know is actually the Joker in disguise. It is now up to Batman, whom Mayor Hill distrusts, to rescue the boy before it’s too late. 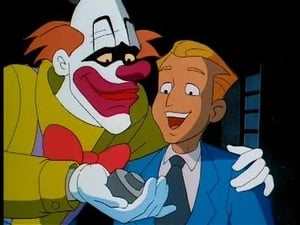