IMDb: 7.32019104 min891 views
Elsa, Anna, Kristoff and Olaf head far into the forest to learn the truth about an ancient mystery of their kingdom. tt4520988 IMDB
AnimationFamilyMusic

201723 min606 views
Olaf is on a mission to harness the best holiday traditions for Anna, Elsa, and Kristoff.
AdventureAnimationComedyFamilyFantasyMusic 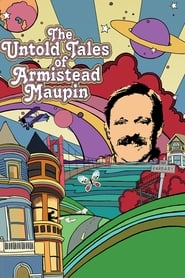 The Untold Tales of Armistead Maupin

The Untold Tales of Armistead Maupin

IMDb: 7.5201789 min196 views
The Untold Tales of Armistead Maupin celebrates one of the world’s most beloved storytellers, following his evolution from a conservative son of ...
Documentary

IMDb: 7.4201685 min130 views
Patrick returns to San Francisco for the first time in almost a year to celebrate a momentous event with his old friends. In the process, he must ...
ComedyDramaRomance

IMDb: 6.920158 min252 views
On Anna’s birthday, Elsa and Kristoff are determined to give her the best celebration ever, but Elsa’s icy powers may put more than ...
AdventureAnimationFamily

IMDb: 7.52013102 min575 views
Young princess Anna of Arendelle dreams about finding true love at her sister Elsa’s coronation. Fate takes her on a dangerous journey in an ...
AdventureAnimationFamily

IMDb: 5.6201392 min167 views
A cocky young man travels to Oregon to work on an apple farm. Out of his element, he finds his lifestyle and notions being picked apart by ...
ComedyDrama

IMDb: 6.92010122 min179 views
Mary Surratt is the lone female charged as a co-conspirator in the assassination trial of Abraham Lincoln. As the whole nation turns against her, ...
CrimeDramaHistory

IMDb: 6.72009120 min267 views
The story of Elliot Tiber and his family, who inadvertently played a pivotal role in making the famed Woodstock Music and Arts Festival into the ...
ComedyDramaMusic